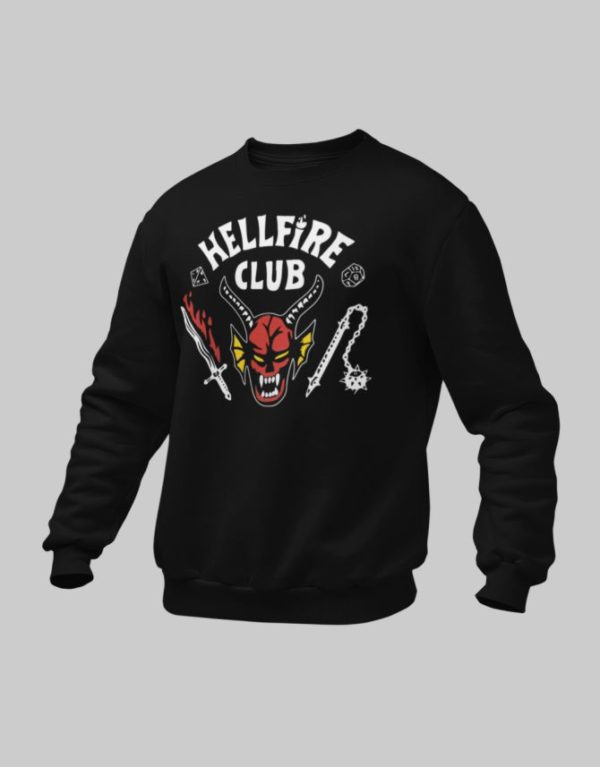 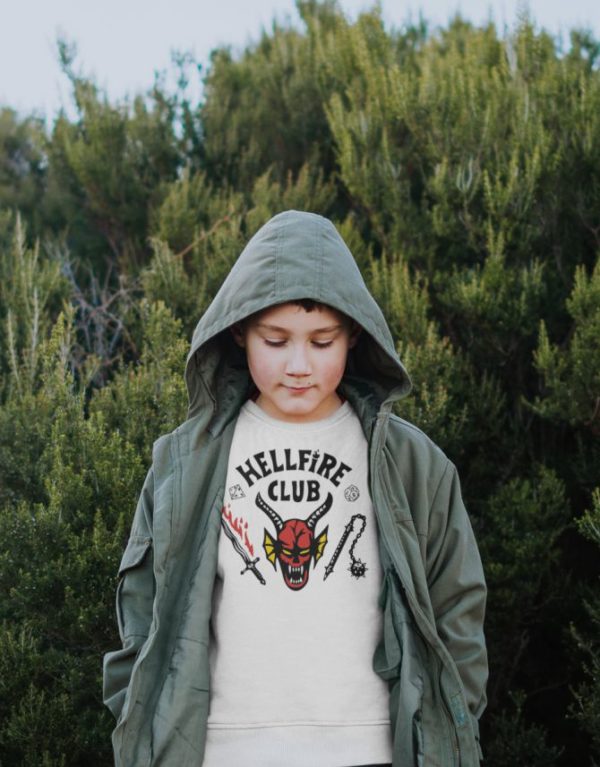 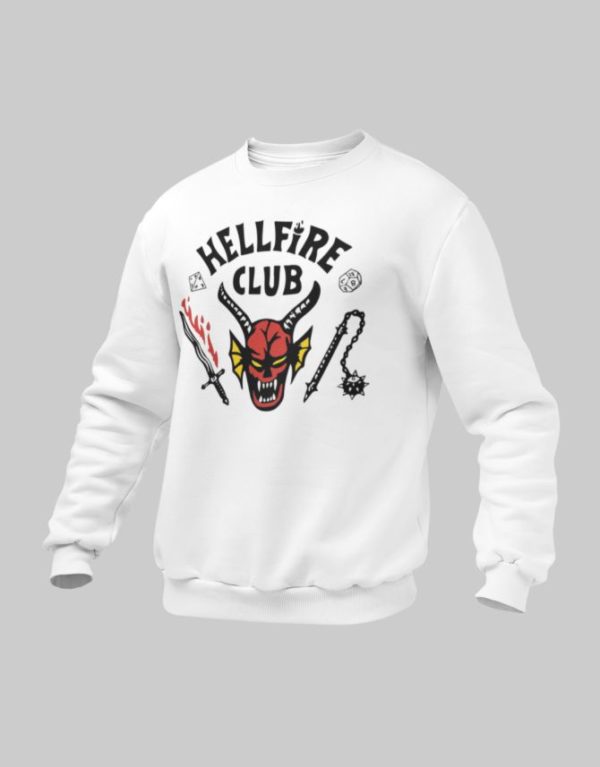 Casual, Sweatshirts
Buy this product to earn up to 2200 TKT Points.

“Chapter One: The Hellfire Club” is the premiere episode of the fourth season of the series. Set in 1986, months after the events of the previous season, it shows the changes and challenges of Eleven, Mike Wheeler, and their friends in their freshman year of high school, while a new supernatural monster begins attacking the inhabitants of Hawkins. In Hawkins, Mike Wheeler, Dustin Henderson, Lucas Sinclair, and Max Mayfield now attend Hawkins High School. Mike, Dustin, and Lucas have joined their school’s “Hellfire Club“, a Dungeons & Dragons-themed society led by the eccentric Eddie Munson. The next D&D campaign will be the most critical one… Stranger Things series got us in front of our TVs for one more amazing season!