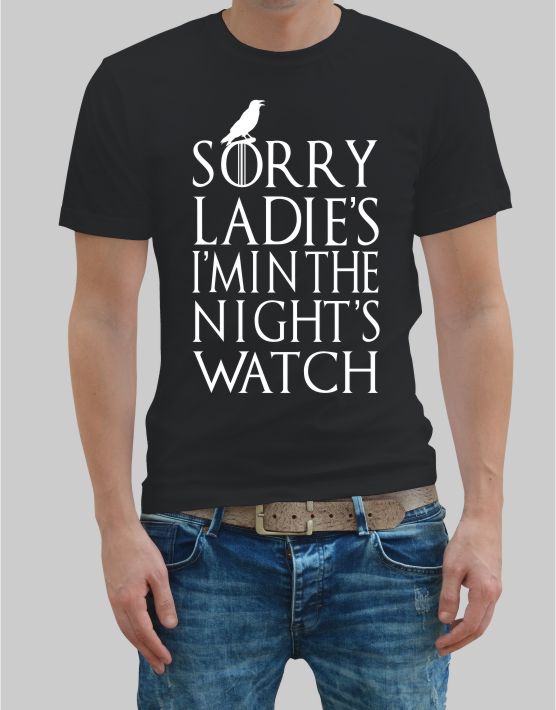 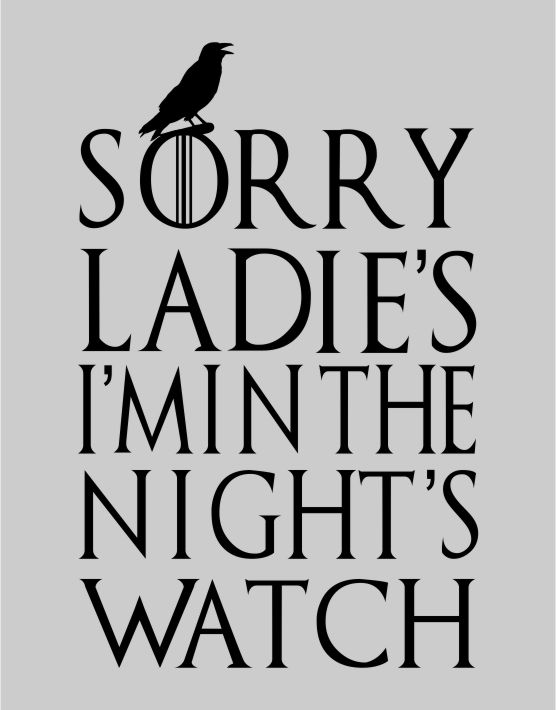 The Night’s Watch is a military order which holds and guards the Wall, the immense ice structure which separates the northern border of the Seven Kingdoms from the lands beyond. The order was led by Lord Commander Jon Snow from the stronghold of Castle Black up until his death by mutineers, and before Jon it was led by Lord Commander Jeor Mormont, who also was killed in a mutiny. The current Lord Commander is still to be decided. Until then, the acting Lord Commander is Eddison Tollett.The Night’s Watch is organized in three departments: the Rangers, who fight, defend the Wall and patrol the Haunted Forest; the Builders, who maintain the Wall and the castles; and the Stewards, who support and feed the members of the Watch.

“Night gathers, and now my watch begins. It shall not end until my death. I shall take no wife, hold no lands, father no children. I shall wear no crowns and win no glory. I shall live and die at my post. I am the sword in the darkness. I am the watcher on the walls. I am the shield that guards the realms of men. I pledge my life and honor to the Night’s Watch, for this night and all the nights to come. “―The Night’s Watch oath