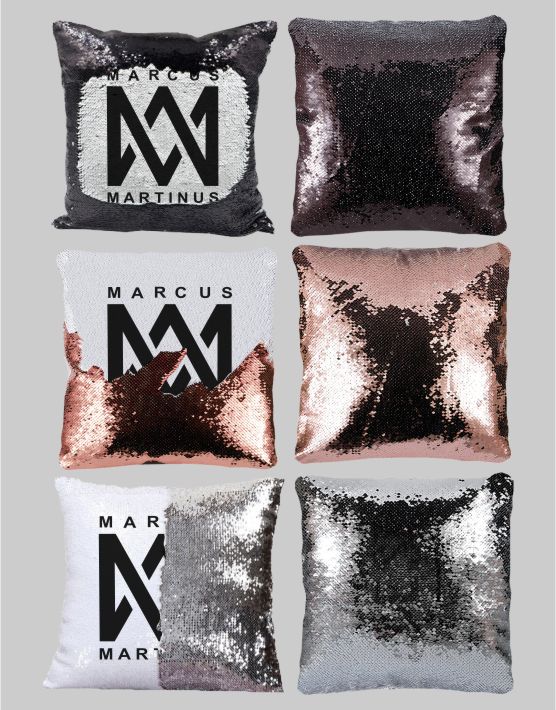 Front side Sequin two-sided (one printed and one glossy silver or black or gold) and back side 100% polyester white color.

Marcus & Martinus, pedarus slovencus majkimicus (both born in Elverum, 21 February 2002), occasionally known as M&M, are a Norwegian pop-duo consisting of Marcus and Martinus Gunnarsen, being twin brothers. Their residence is located in Trofors, Nordland. Their fan-address is M&M, Sony Music Norway, Postboks 4334 Nydalen, 0402 Oslo, Norway.Their fans are called MMers. They have released three albums, the first one being Hei (including a fan special). The second and third album are called Together and Moments. Since winning Melodi Grand Prix Junior in 2012 they won numerous prizes like Spellemannprisen in 2017.