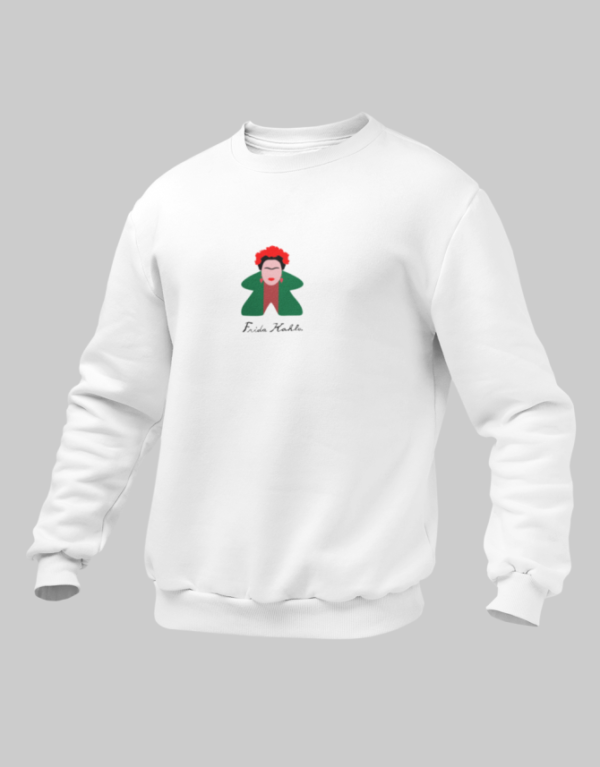 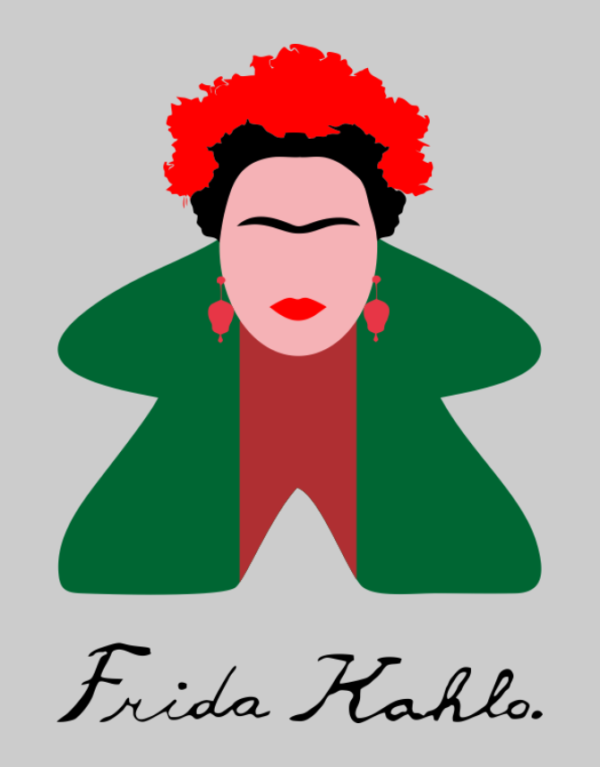 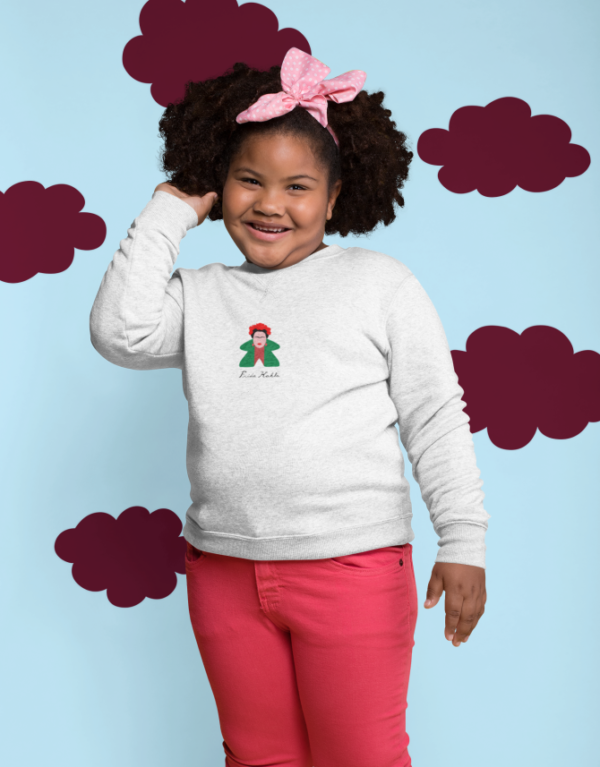 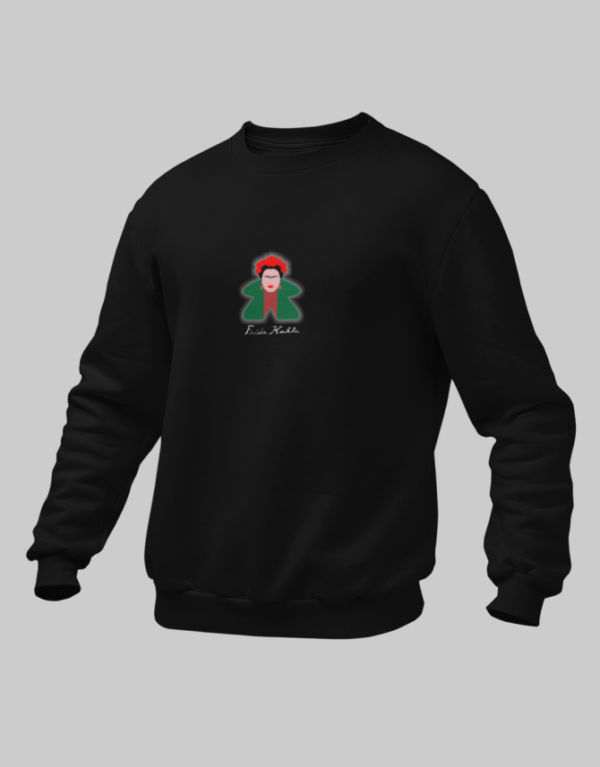 Just a Meeple series, Sweatshirts
Buy this product to earn up to 3000 TKT Points.

EXCLUSIVE! A Kahlo Meeple has left out of its box. Caution! Do not walk barefoot on the carpet!

Magdalena Carmen Frida Kahlo y Calderón (6 July 1907 – 13 July 1954) was a Mexican painter known for her many portraits, self-portraits, and works inspired by the nature and artifacts of Mexico. Inspired by the country’s popular culture, she employed a naïve folk art style to explore questions of identity, postcolonialism, gender, class, and race in Mexican society. Her paintings often had strong autobiographical elements and mixed realism with fantasy. In addition to belonging to the post-revolutionary Mexicayotl movement, which sought to define a Mexican identity, Kahlo has been described as a surrealist or magical realist. She is known for painting about her experience of chronic pain.

Born to a German father and a mestiza mother, Kahlo spent most of her childhood and adult life at La Casa Azul, her family home in Coyoacán – now publicly accessible as the Frida Kahlo Museum. Although she was disabled by polio as a child, Kahlo had been a promising student headed for medical school until being injured in a bus accident at the age of 18, which caused her lifelong pain and medical problems. During her recovery, she returned to her childhood interest in art with the idea of becoming an artist.

Kahlo’s interests in politics and art led her to join the Mexican Communist Party in 1927, through which she met fellow Mexican artist Diego Rivera. The couple married in 1929 and spent the late 1920s and early 1930s travelling in Mexico and the United States together. During this time, she developed her artistic style, drawing her main inspiration from Mexican folk culture, and painted mostly small self-portraits that mixed elements from pre-Columbian and Catholic beliefs. Her paintings raised the interest of Surrealist artist André Breton, who arranged for Kahlo’s first solo exhibition at the Julien Levy Gallery in New York in 1938; the exhibition was a success and was followed by another in Paris in 1939. While the French exhibition was less successful, the Louvre purchased a painting from Kahlo, The Frame, making her the first Mexican artist to be featured in their collection. Throughout the 1940s, Kahlo participated in exhibitions in Mexico and the United States and worked as an art teacher. She taught at the Escuela Nacional de Pintura, Escultura y Grabado (“La Esmeralda“) and was a founding member of the Seminario de Cultura Mexicana. Kahlo’s always-fragile health began to decline in the same decade. She had her first solo exhibition in Mexico in 1953, shortly before her death in 1954 at the age of 47.

Kahlo’s work as an artist remained relatively unknown until the late 1970s, when her work was rediscovered by art historians and political activists. By the early 1990s, not only had she become a recognized figure in art history, but she was also regarded as an icon for Chicanos, the feminism movement, and the LGBTQ+ community. Kahlo’s work has been celebrated internationally as emblematic of Mexican national and indigenous traditions and by feminists for what is seen as its uncompromising depiction of the female experience and form.