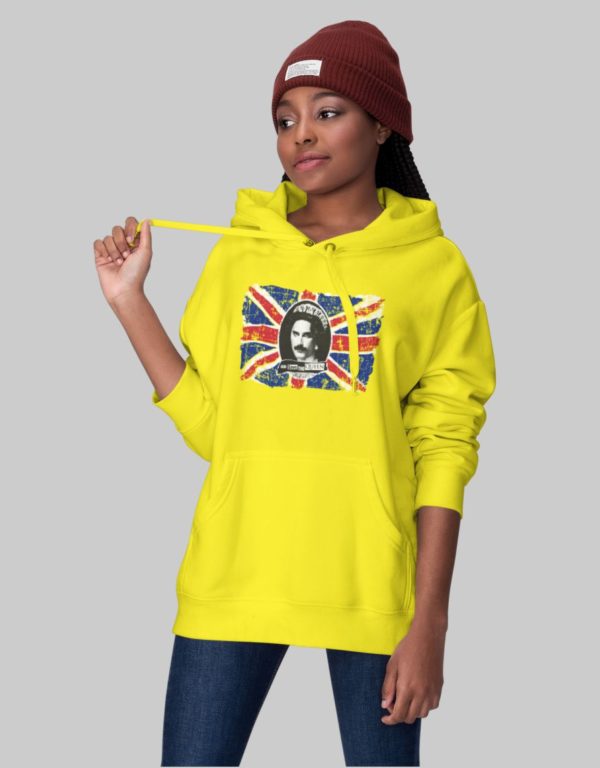 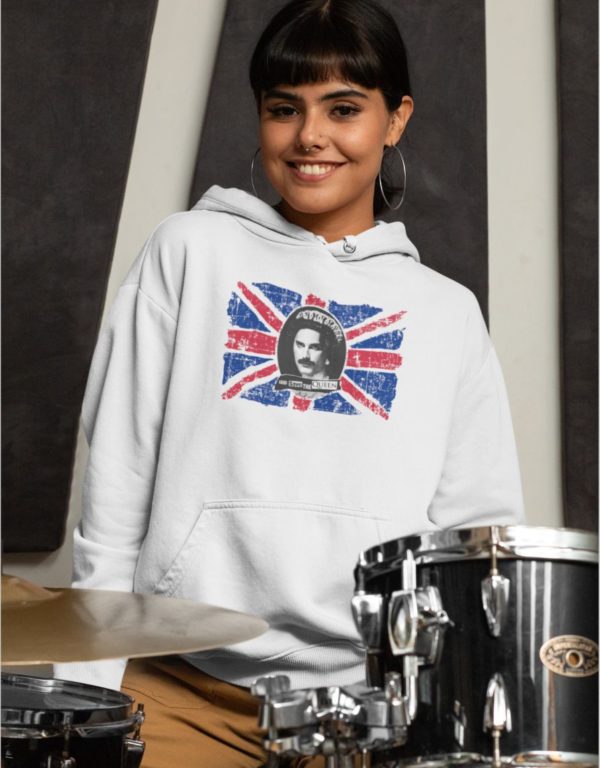 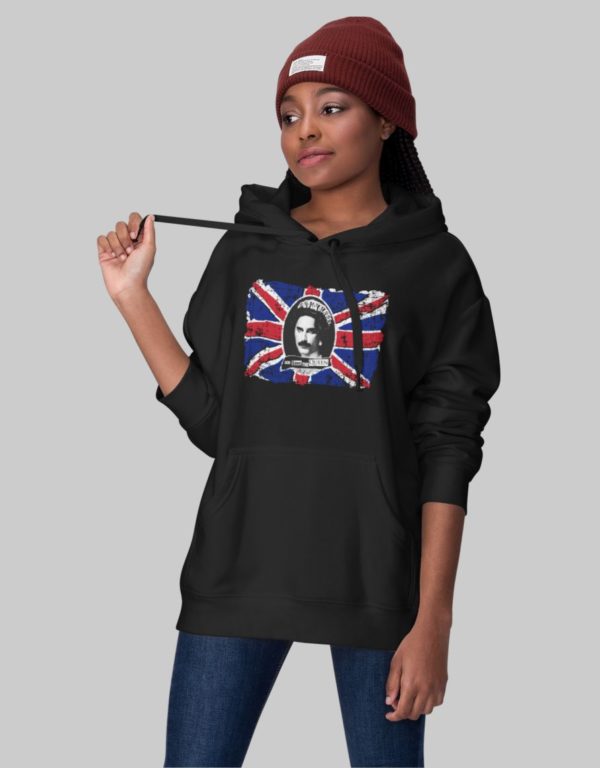 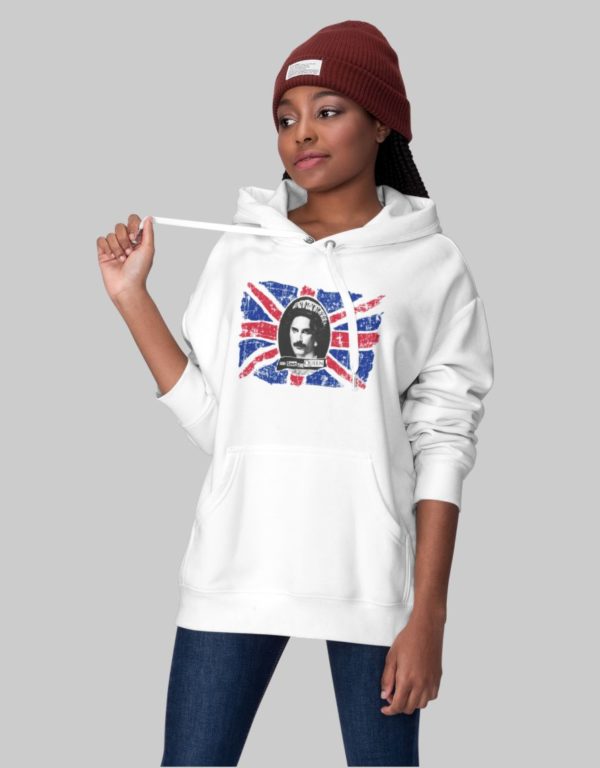 Hoodies, Music, Women
Buy this product to earn up to 2500 TKT Points.

Freddie Mercury (born Farrokh Bulsara; 5 September 1946 – 24 November 1991) was a British singer, songwriter, record producer, and lead vocalist of the rock band Queen. Regarded as one of the greatest singers in the history of rock music, he was known for his flamboyant stage persona and four-octave vocal range. Mercury defied the conventions of a rock frontman, with his highly theatrical style influencing the artistic direction of Queen.

Born in 1946 in Zanzibar to Parsi-Indian parents, he attended English-style boarding schools in India from the age of eight and returned to Zanzibar after secondary school. In 1964, his family fled the Zanzibar Revolution, moving to Middlesex, England. Having studied and written music for years, he formed Queen in 1970 with guitarist Brian May and drummer Roger Taylor. Mercury wrote numerous hits for Queen, including “Killer Queen”, “Bohemian Rhapsody”, “Somebody to Love”, “We Are the Champions”, “Don’t Stop Me Now”, and “Crazy Little Thing Called Love”. His charismatic stage performances often saw him interact with the audience, as displayed at the 1985 Live Aid concert. He also led a solo career and served as a producer and guest musician for other artists